The investment from top VCs will ensure Q-CTRL’s ‘quantum firmware’ becomes ubiquitous in the race to build the first practical quantum computers.

This investment constitutes one of Australia’s largest VC deals in 2019 and places Q-CTRL among the most successful fundraisers globally in the emerging quantum technology industry.

Since its founding in 2017, Q-CTRL has rapidly established itself as a global leader in quantum computing. In 2018 it was named as the only company outside of North America to be included in IBM's hand-picked network of start-ups working to advance the emerging quantum computing industry.

The capital raise will support major growth, roughly doubling the existing 25-member team of quantum engineers and software developers. In addition, it will support geographic expansion to include a new office in Los Angeles, bringing Q-CTRL staff closer to core customers in the US.

Q-CTRL provides a globally unique offering and fills a niche building “infrastructure software” to aid the development of quantum computers and other quantum technologies.

The company specialises in solving one of the hardest problems in quantum computing – hardware instability against noise and errors. Quantum computers are notoriously fragile; the machines being developed now by companies like Rigetti and IBM can only run operations for very short periods before errors creep in and programs fail.

That fragility puts at risk the potential promise of quantum computers to revolutionize drug discovery, chemistry, and even computations for finance.

Founded by Professor Michael J Biercuk, the company produces “quantum firmware” - a set of special low-level programs that allows quantum computing hardware to be more resistant against errors. Q-CTRL emerged from Professor Biercuk’s lab at the University of Sydney as a way to bring his team’s expertise in stabilising quantum systems against “interference” from their environments to the developing market for quantum technology.

Q-CTRL’s solutions are demonstrated to reduce hardware-error susceptibility by orders of magnitude, accelerating the pathway to the first commercially relevant quantum computers. Q-CTRL currently has among its customers Rigetti, Bleximo, Accenture, and many others.

“Being at the vanguard of the birth of a new industry is extraordinary,” says Professor Biercuk.

“We’re also thrilled to be assembling one of the most impressive investor syndicates in quantum technology. Finding investors who understand and embrace both the promise and the challenge of building quantum computers is almost magical.”

Square Peg Capital investment partner Tushar Roy says Q-CTRL has the potential to be instrumental in the future development of quantum computers. “Q-CTRL impressed us with their strategy; by providing infrastructure software to improve quantum computers for R&D teams and end-users, they're able to be a central player in bringing this technology to reality,” says Mr Roy.

“Their technology also has applications beyond quantum computing, including in quantum-based sensing, which is a rapidly-growing market. In Q-CTRL we found a rare combination of world-leading technical expertise with an understanding of customers, products and what it takes to build an impactful business.”

Ben Yu, Managing Director at Sierra Ventures, an early stage tech venture capital firm based in Silicon Valley, said his team has been looking for a promising quantum computing company for some time.

"As emerging and deep technology investors, we have been patiently looking for opportunities in quantum computing but knew that noise and error were this technology's Achilles heel," says Mr Yu.

"We were ecstatic when we discovered Q-CTRL, which provides solutions to overcome this problem on any quantum computing hardware. We see Q-CTRL's offerings as not only essential to the industry in the long term, but critical to accelerating the pathway to the first useful applications of quantum computing." 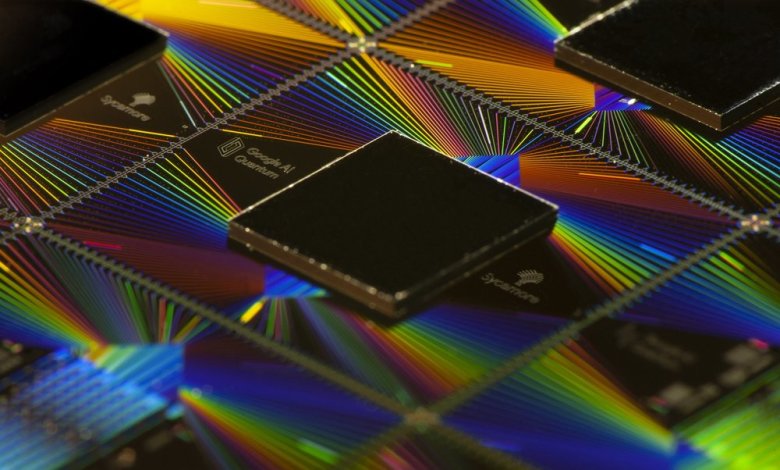